In the largest district in Greece and the richest in terms of natural resources, as it includes five natural lakes (Lysimachia, Ozeros Amvrakia, Trichonida, Voulkaria), three artificial ones (Kastraki, Kremaston, Stratos), three rivers (Acheloos, Evinos, Mornos) and two lagoons of Messolonghi and Aitolikos, the blessed olive tree has found the ideal place to grow. The district produces about 45% of the total of Greek kalamata olive production. Production reaches 60,000 tons per year and our participation in the national economy is over €300 million.

The Municipality of the Holy City of Messolonghi, an area of exeptional natural beauty, as it is protected by the Ramsar Treaty and has been included in the pan-European NATURA 2000 network, an area that offers to the national economy four brand names, the salt of Messolonghi, the fish of the lagoon of Messolonghi -Aitolikos, the roe and the olive tree of Kalamon and Agrinio, is the place we decided to create the Agricultural Cooperative “Ancient Oleneia of Aitoloakarnania” with the distinctive title STAMNA OLIVES which in essence is a group of producers of table olives and olive oil. 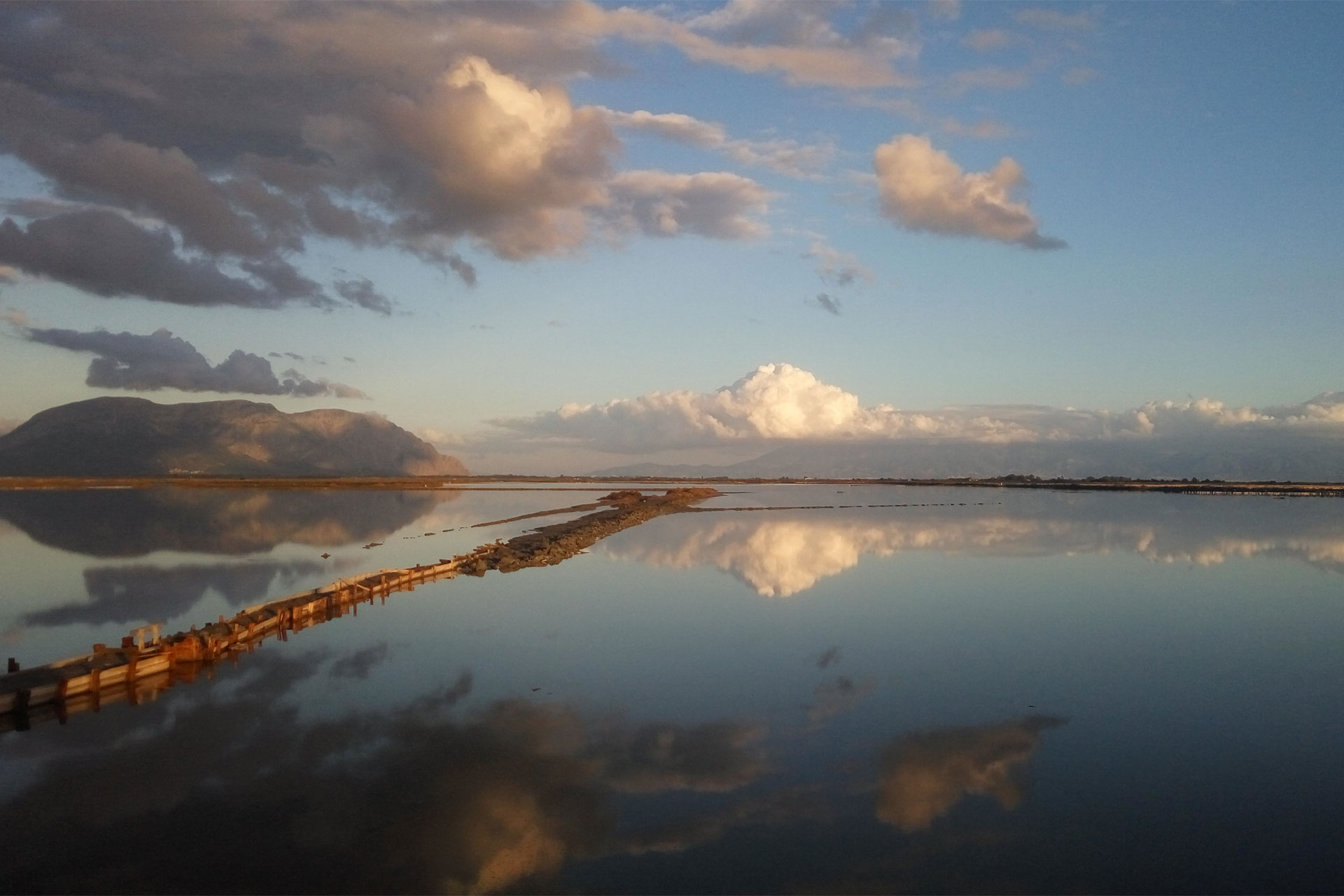 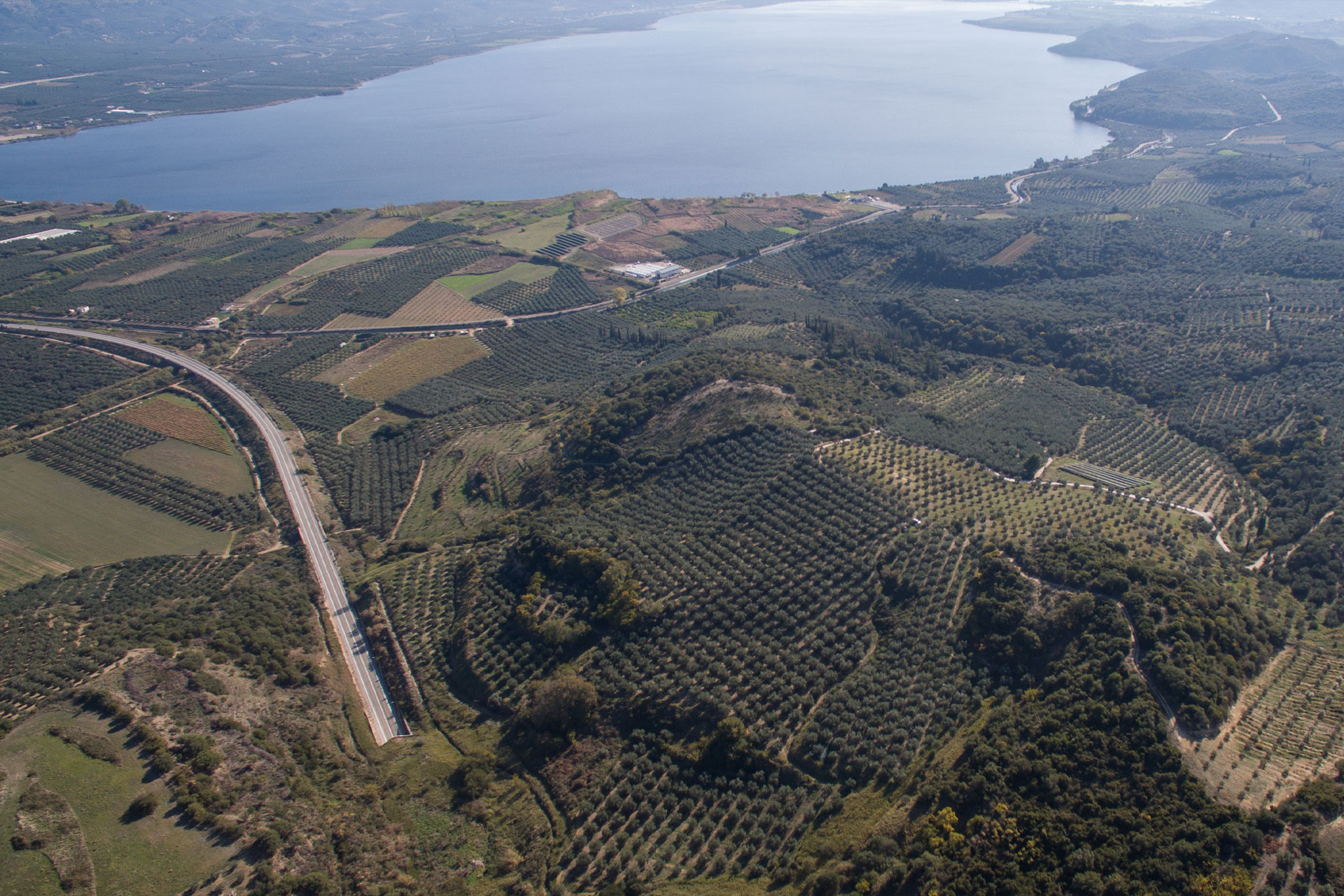 The Agricultural Cooperative stores the fruit in state-of-the-art olive tanks which consist of 3 layers of LLPDE material. This achieves protection from solar radiation, zero migration of substances from pigments and protection from extreme weather conditions. In addition, sensors have been installed in the olive tanks that give information through special software in real time (on line) about the salinity, the ph of the solution, the temperature and the electrical conductivity. The fermentation process, from the beginning to the sale, is monitored by special food technologists (Olive Quality Center) who draw up the sheet of technical specifications for each tank. 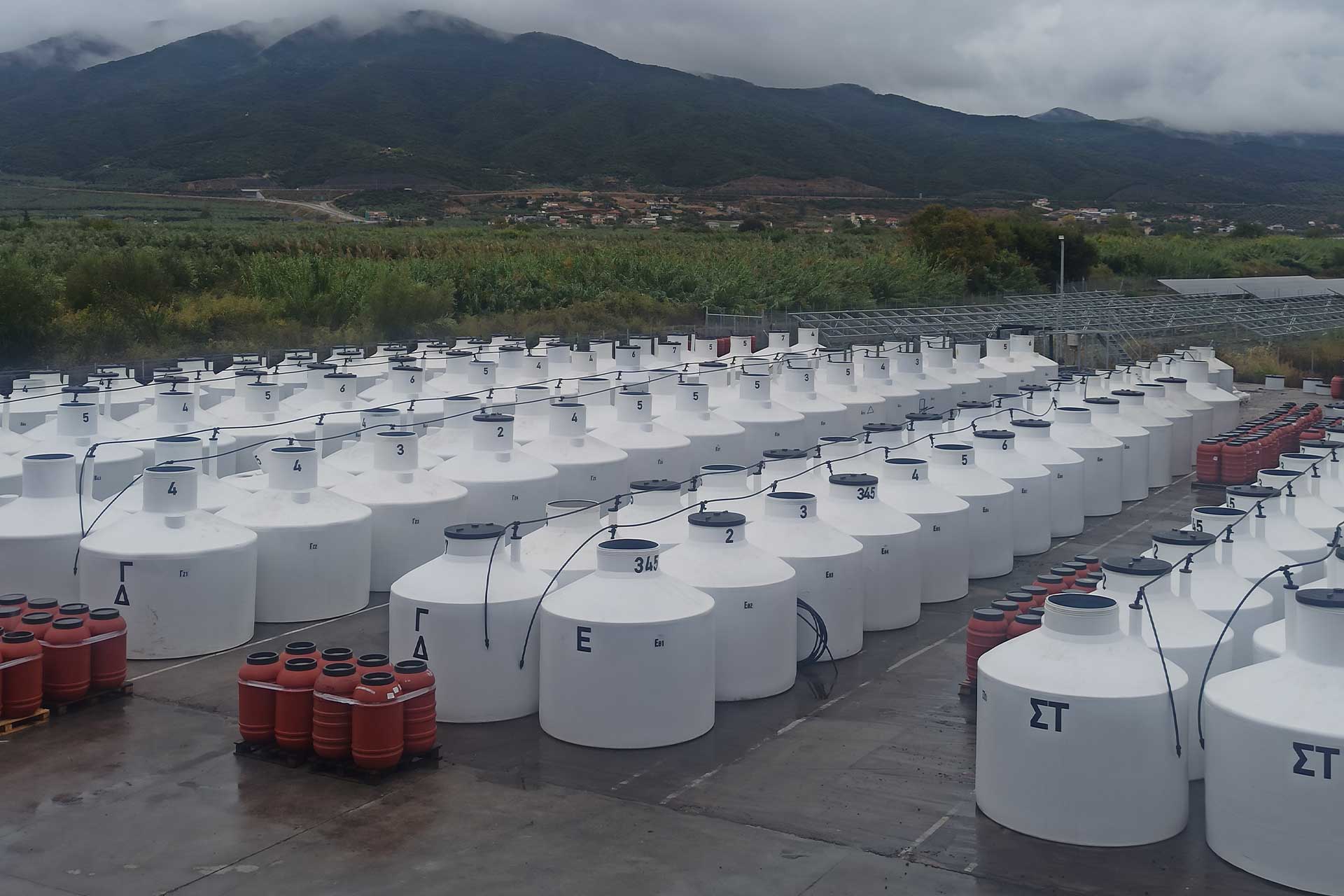 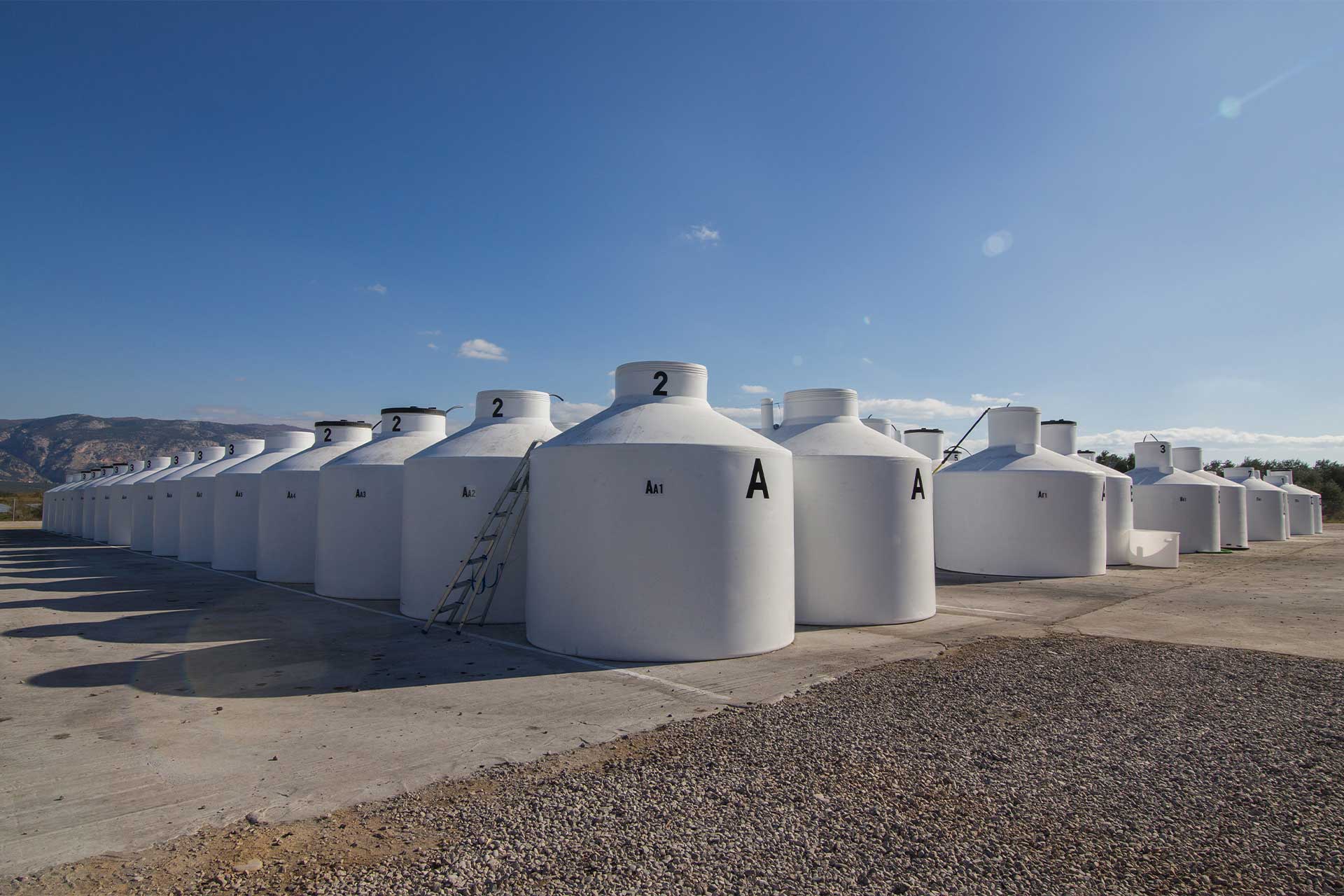 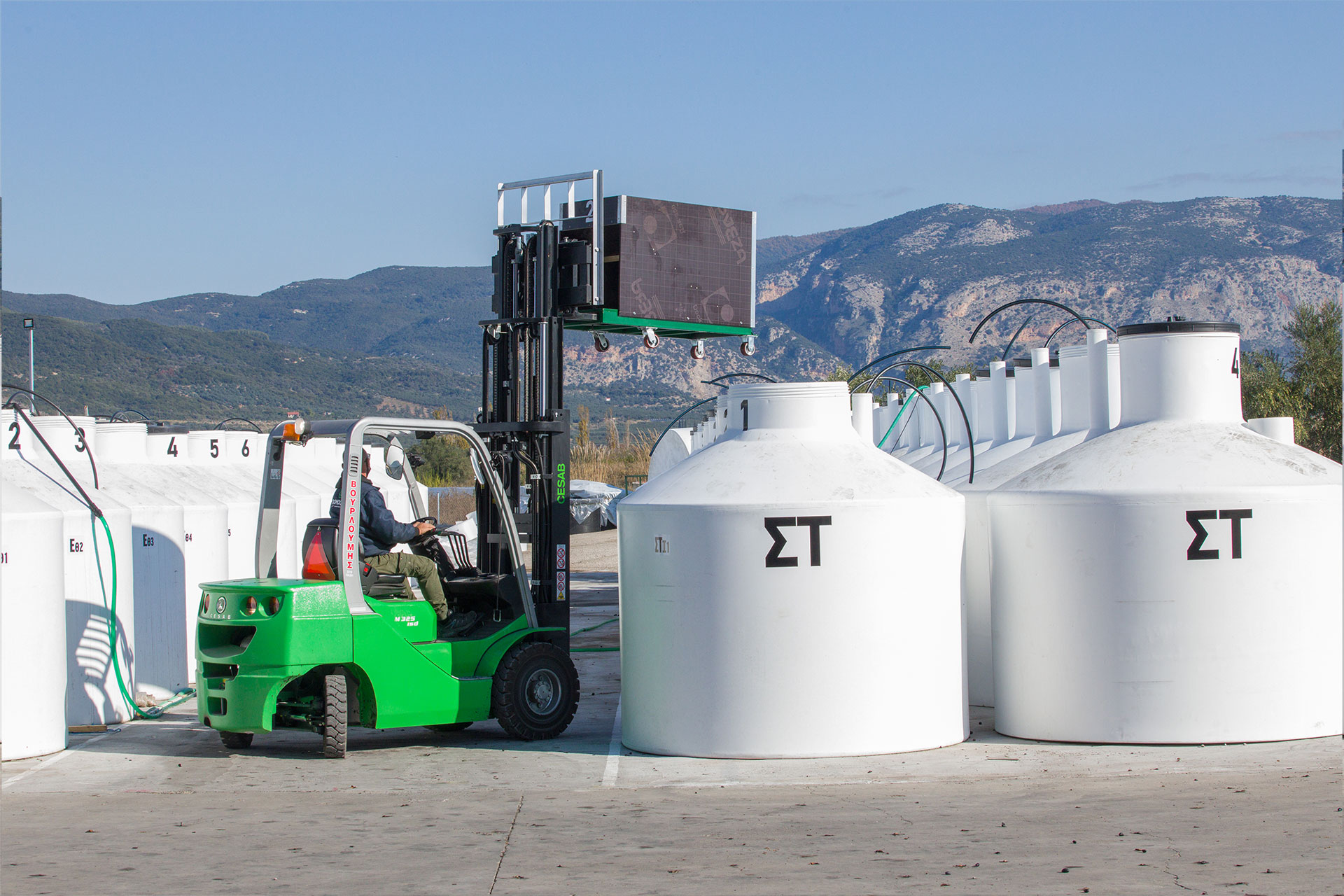 The Agricultural Cooperative invested in equipment for the sorting, packaging and pitting of kalamata olives. Our customers can get kalamata olives packaged in containers from 6 kg to a barrel of 150 kg. The kalamata olives are can be provided whole, pitted and also in the form of olive paste. 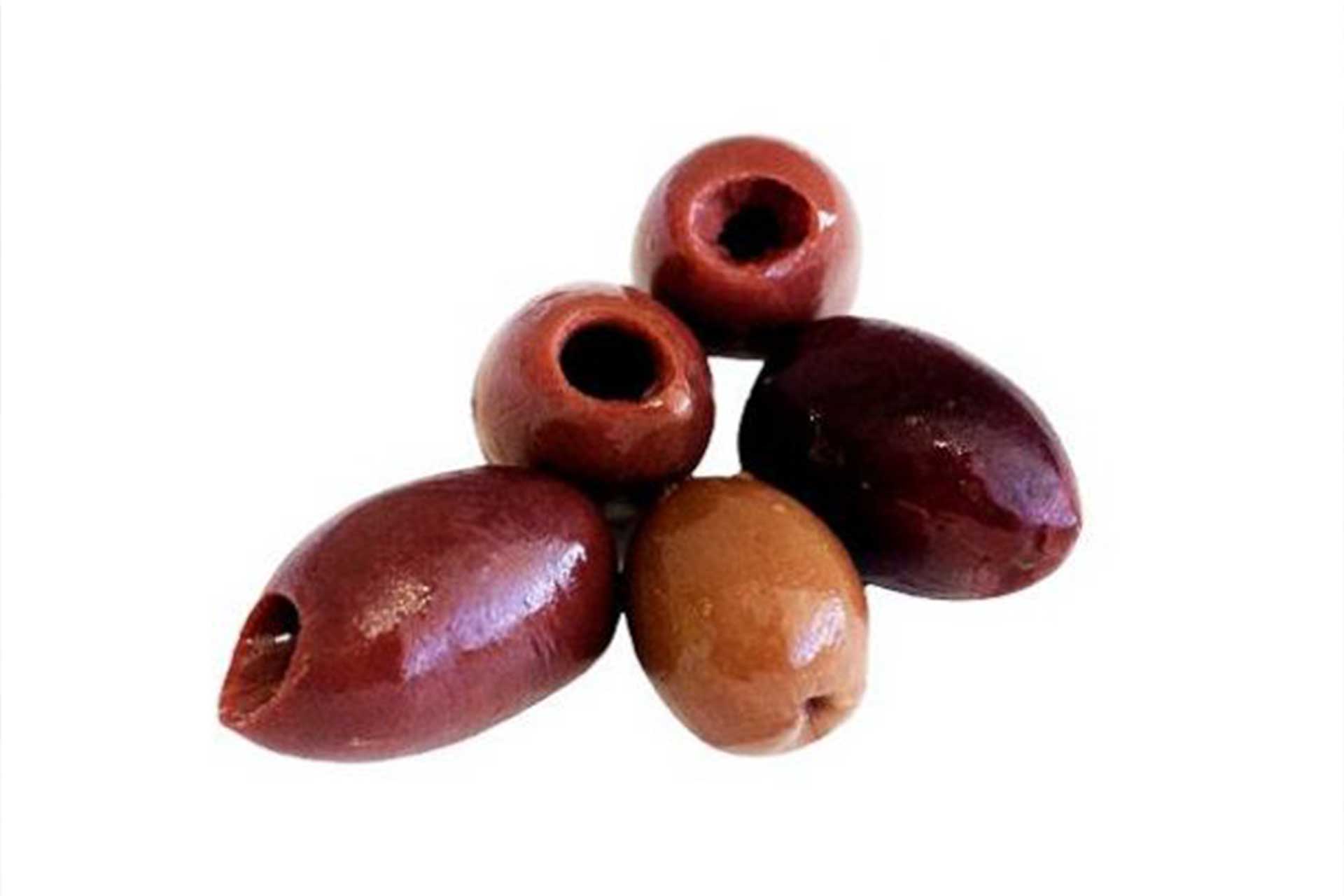 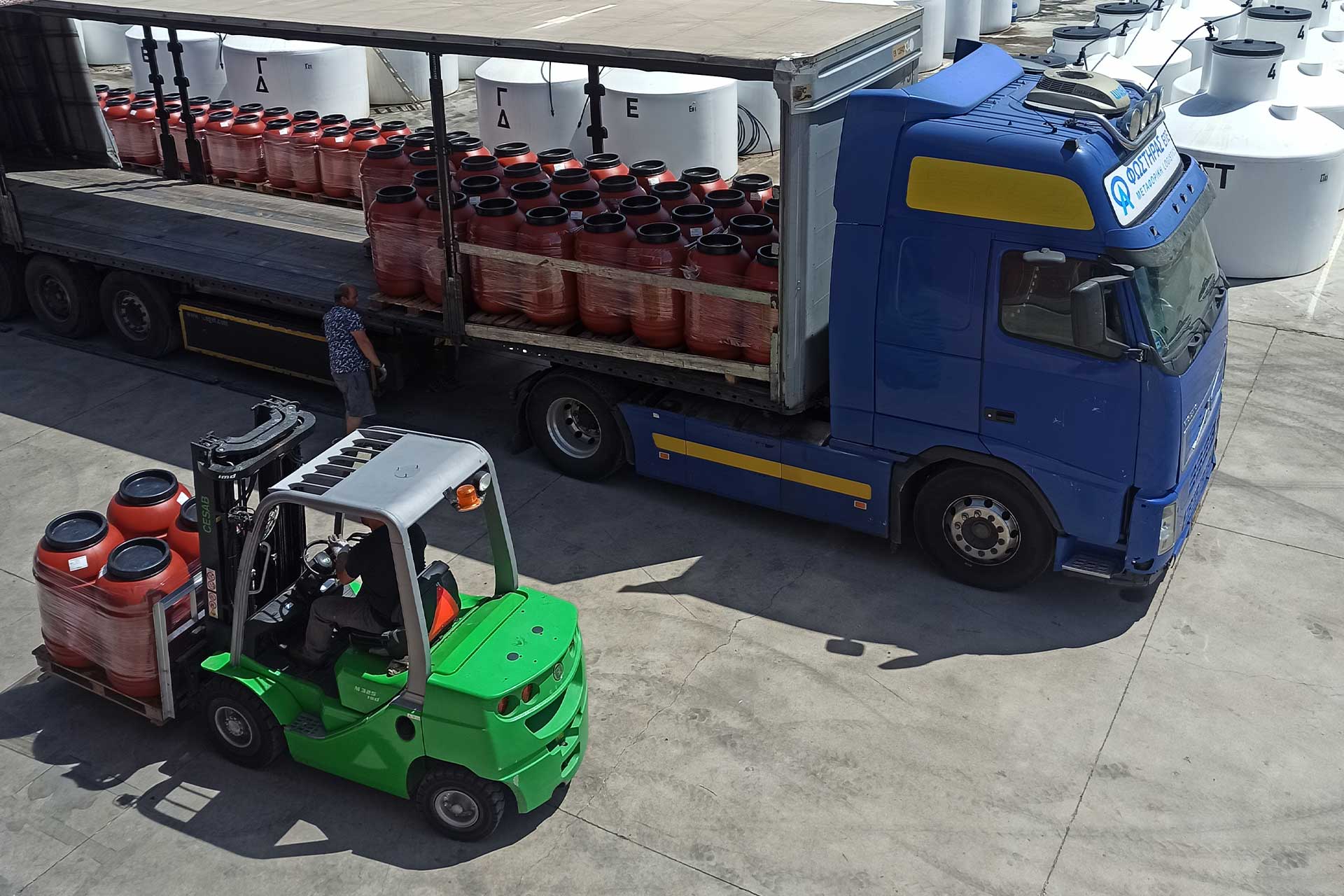 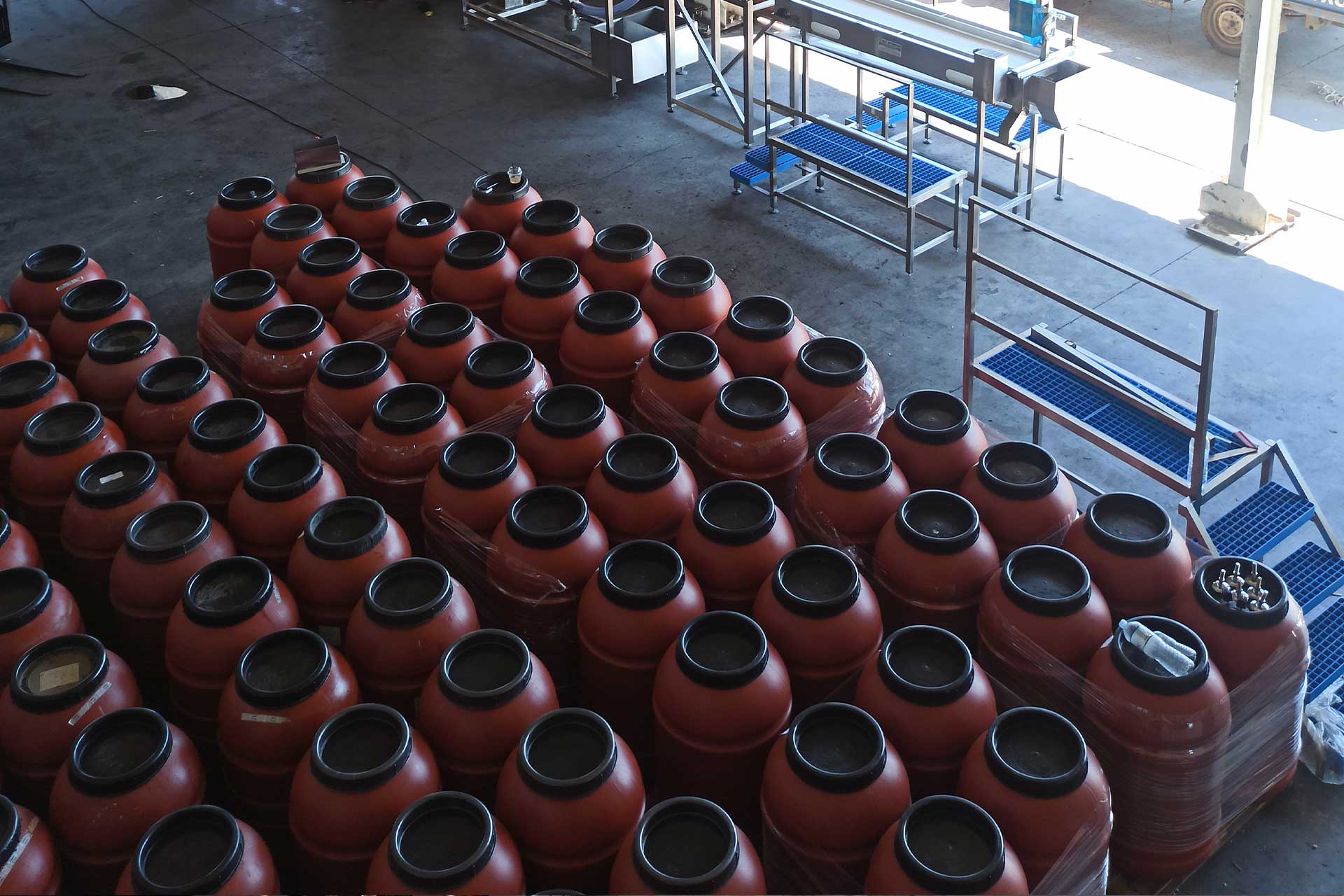 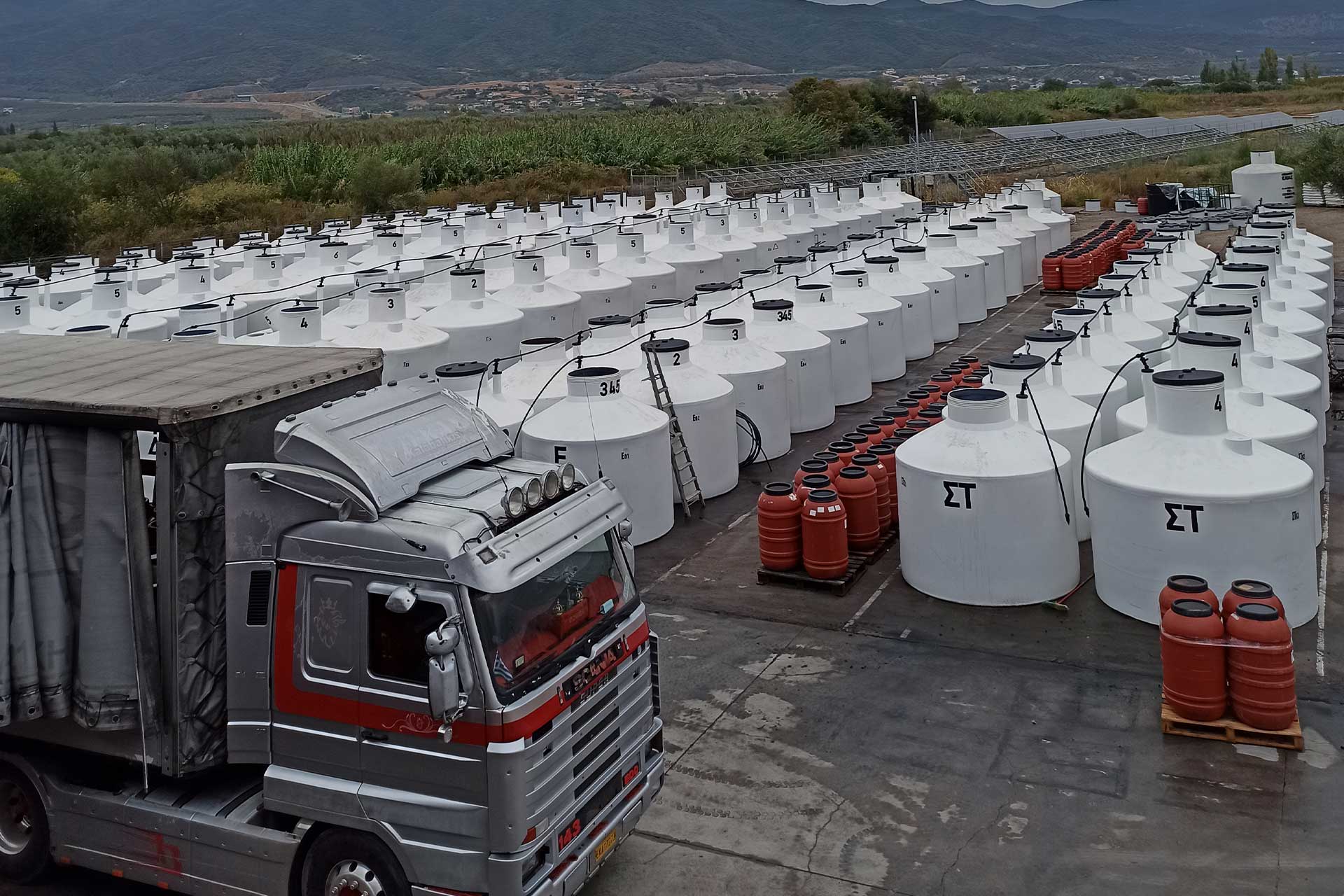 Our members have joined an integrated management program AGRO 2.1, AGRO 2.2 and since 2022 they produce certified organic products of superior quality. In addition, they have installed meteorological stations in their olive groves in order to monitor in real time the climatic conditions and compare the climatic data with previous olive growing years. In this way, they achieve rational irrigation of olive groves, rational use of quantities of fertilizers and plant protection products.

They have developed partnerships with large pesticide companies in order to achieve the reduction of active substances in formulations and the creation of new plant protection products with the aim of protecting the environment. 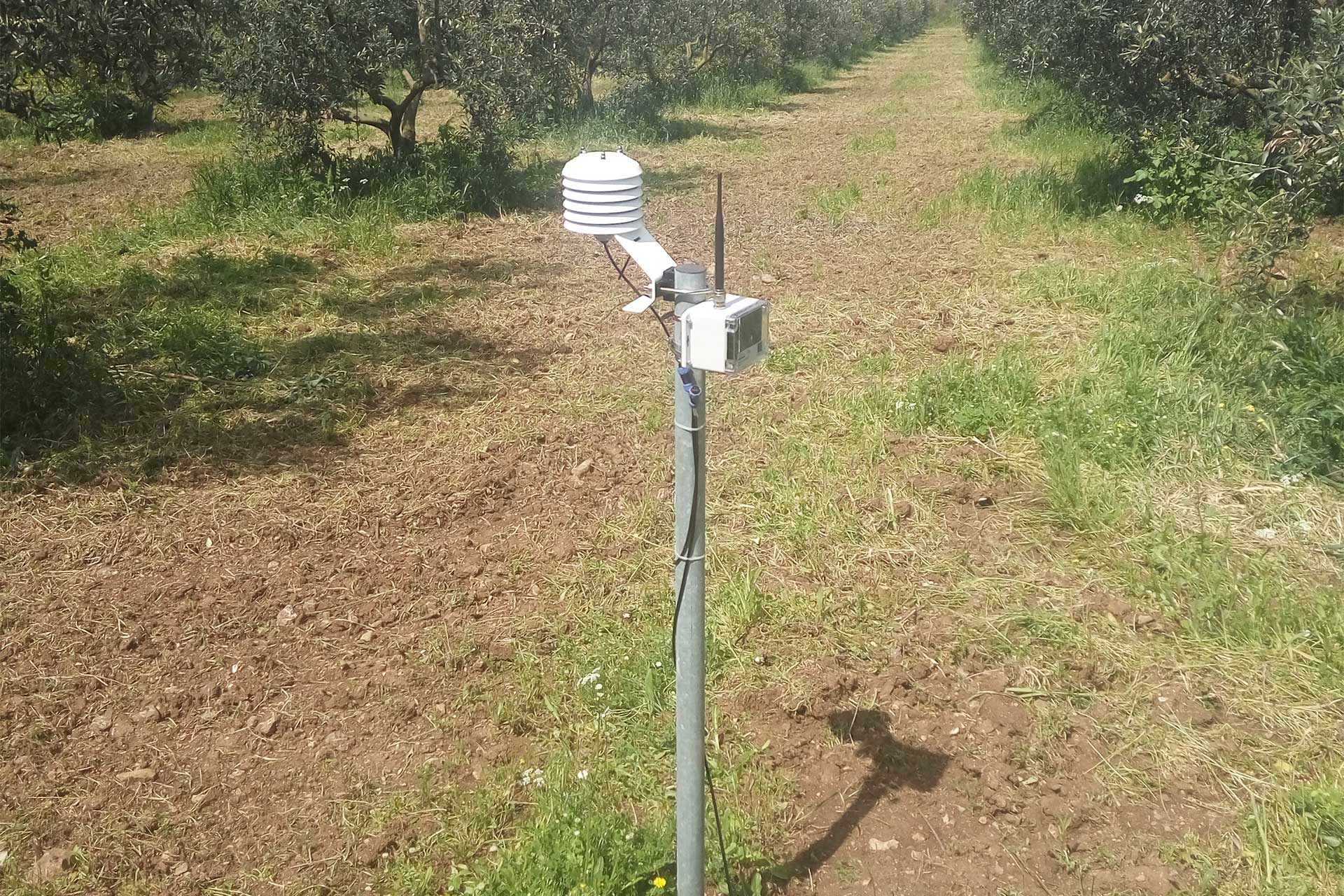 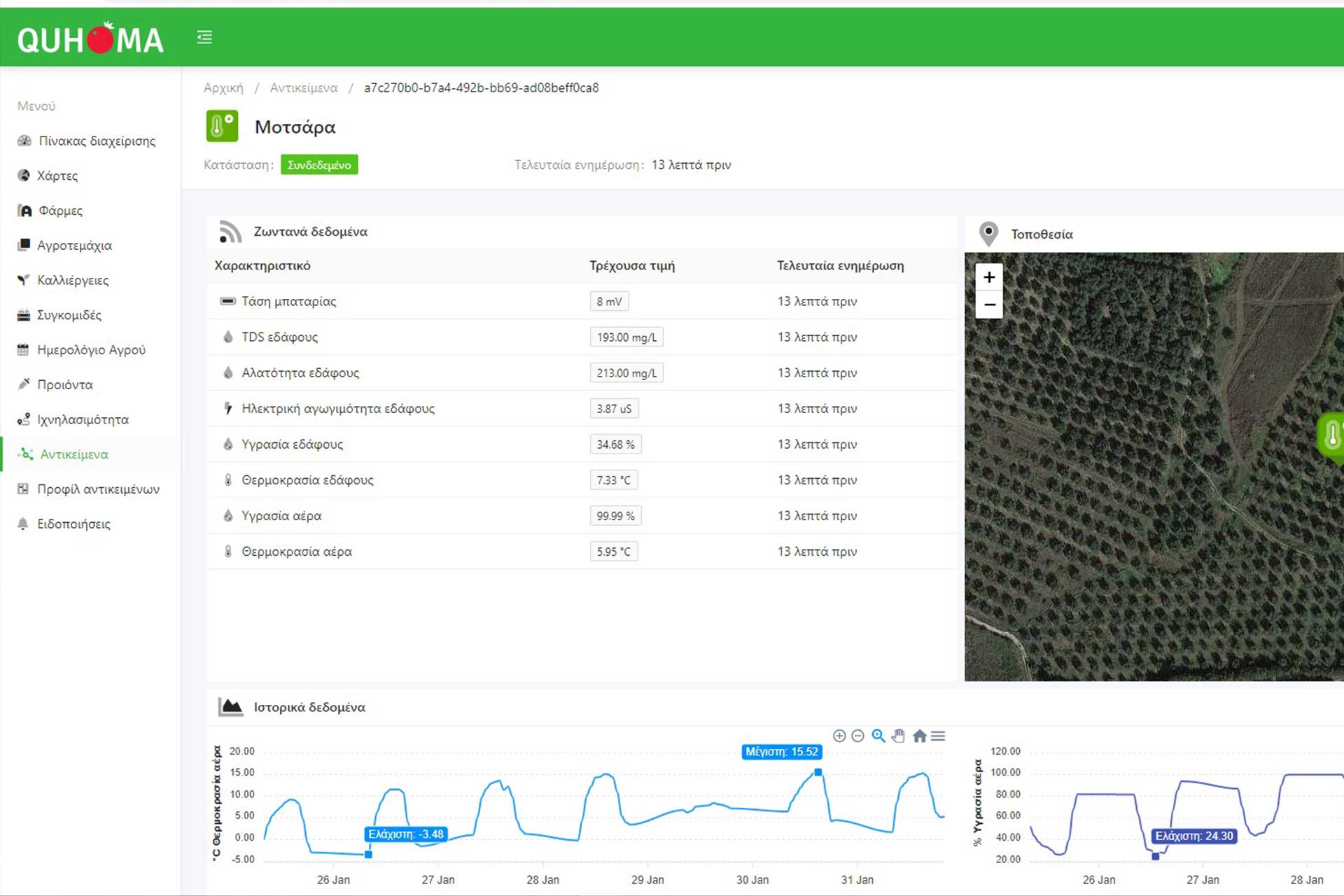 Page load link
We use cookies on our website to give you the most relevant experience by remembering your preferences and repeat visits. By clicking “Accept All”, you consent to the use of ALL the cookies. However, you may visit "Cookie Settings" to provide a controlled consent.
Cookie SettingsAccept All
Manage consent

This website uses cookies to improve your experience while you navigate through the website. Out of these, the cookies that are categorized as necessary are stored on your browser as they are essential for the working of basic functionalities of the website. We also use third-party cookies that help us analyze and understand how you use this website. These cookies will be stored in your browser only with your consent. You also have the option to opt-out of these cookies. But opting out of some of these cookies may affect your browsing experience.
SAVE & ACCEPT
Go to Top